Enough with the QR Codes! 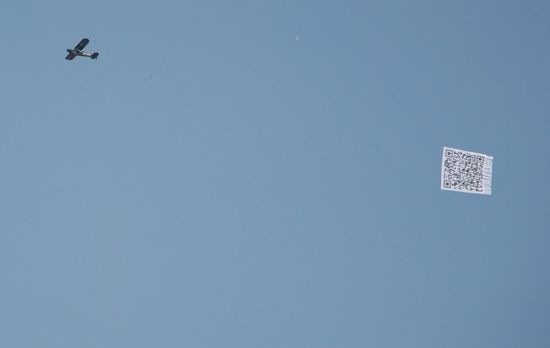 QR codes have exploded in usage ever since smartphones took off. Presumably, companies wanted to add these ugly white and black boxes to their advertisements to give the impression of being cutting edge and in-tune with technology. However, this “novelty”, if it ever was one (QR codes look too much like barcodes to me and barcodes are oldschool… don’t even try to deny that), is now wearing off but STILL we see marketing agencies relentlessly sticking these things everywhere. What is even worse is now I keep seeing advertisements with JUST the QR code and no URL to tell me what I am scanning.

Firstly, that’s a huge security risk in my mind, it’s like I am trying to open an email attachment from an unknown sender because nobody knows who put up these ads.

Secondly, these QR codes also completely wreck whatever design this ad had; worse, I have started seeing ads where the whole thing is just a QR code… Do the people behind these ads have any creativity?

Thirdly, I can type in your URL faster than I can scan it, this is especially true with my iPhone as typing on it is a breeze and having me aiming my phone at your silly ad for it to scan properly is a total pain.

Fourthly, there are people who still do not own smartphones, like say 60% of the population, but if you included a URL on there it would at least be easy to note down or remember.

That is quite simply the stupidest thing I have ever seen… I do not even think that this is scannable with any consumer device. It is a complete waste of money, yet for some reason, the company behind this thought it would be a good idea. Even better, I will never find out which company thought it was a good idea because I cannot even scan the thing! EPIC FAIL!

What’s even better is that I recently received an MMS (multimedia text message) with a picture to a QR code. First, it’s bad enough advertising agencies still randomly text people ads. Second, what am I supposed to scan that with? My eyes?

Enough with the QR codes, it’s ridiculously overused and inefficient. Marketing agencies, you must stop this madness now! /Rant Over.

P.S. Help me out here, can anyone actually give me a use case for QR codes.

I am a techie who loves building things with the web and teaching you how to do the same.Rami Sayar on Twitter